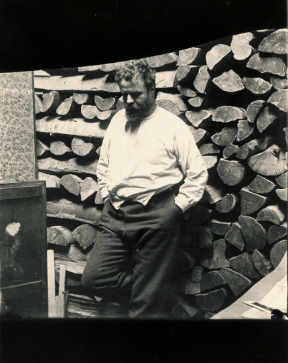 The family moves to Milan.

Rosso participates  in the “Esposizione Internazionale di Belle Arti” in Rome. In March he is expelled from the Accademia, for leading a petitions complaining about the school hours and the lack of anatomic preparations to copy from life.

In April he marries Giuditta Pozzi in Milan. In November his son Francesco Luigi Domenico is born, registered under the name of Francesco Evviva Ribelle.

Rosso begins an intellectual relationship with the writer and critic Felice Cameroni.

He takes part in the “Italian Exhibition” in London organised by Alberto Grubicy.

In April, Rosso separates from his wife and he leaves for Paris accompanied by Felice Cameroni who introduced him to the political and literary scene where he meets  Emile Zola, Edmond de Goncourt and Paul Alexis. He participates in the “Exposition Universelle” with five bronzes. He definitely moved to Paris.

He befriends the industrialist and art collector Henri Rouart, who buys some of his works. During this year, he travels to Milan to visit his son.

As a sign of mutual respect, Rosso gave his bronze of Rieuse to Rodin in exchange for a Torso by the French sculptor.

Relations between Rosso and Rodin start to deteriorate, while French criticism on the topic of the presumed influence of Rosso on the French sculptor starts to appear.

He meets Etha Fles, Dutch art critic, writer and artist, with whom he begins a long intellectual and affective relationship.

He participates in the Salon d’Automne in Paris, presenting a significant selection of sculptures, photographic enlargements and coloured prints on chamois paper that look like drawings.

Rosso inaugurates a solo exhibition at Artaria’s Kunstsalon including sculptures and copies from antiques.

He came back to Italy to visit his son after seventeen years.

Etha Fles, before departing from Italy, arranges to leave works of the artist to Italian museums such as Rome, Turin, Milan and Venice.

Italy enters the war. During these years Rosso lives between Venice, Milan, Paris and Leysin, in Switzerland, where he often goes to visit Etha Fles who had moved there.

Rosso moves to Milan. He strengthens his friendship with Carlo Carrà and Margherita Sarfatti.

Rosso had an important personal exhibition at the Galleria Bottega di Poesia.

Margherita Sarfatti organizes the Prima mostra del Novecento Italiano in the Palazzo della Permanente in Milan, where Rosso has a dedicated room.

After suffering from diabetes for many years, he dies on March 31st